This weekend I decided to do something about the fact that I can never keep track of the jewelry I buy.  On Sunday I bought a set of earrings at Target and thought I should make something for the bathroom to display and store jewelry.  My grandma gave me a frame when I was at her house this summer so I thought I would try to use that, along with some cardboard and some of the paper that came in a package I bought at Marshall’s.

I didn’t take any photos of the steps because I didn’t know if it would end up looking decent, but I think it turned out alright.  I cut the cardboard to the size of the frame, covered it with the paper from Marshall’s (it was a packet of scrapbooking paper), and used small nails to hold the back in place.  Then I used small white nails on the front as jewelry holders. 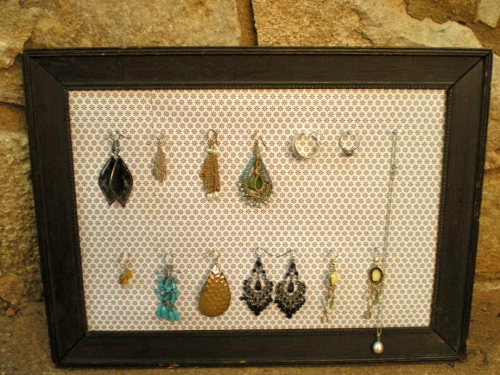 Here it is in the bathroom… it’s been overcast the past couple of days so it was hard to get a good shot of it in there without the flash. 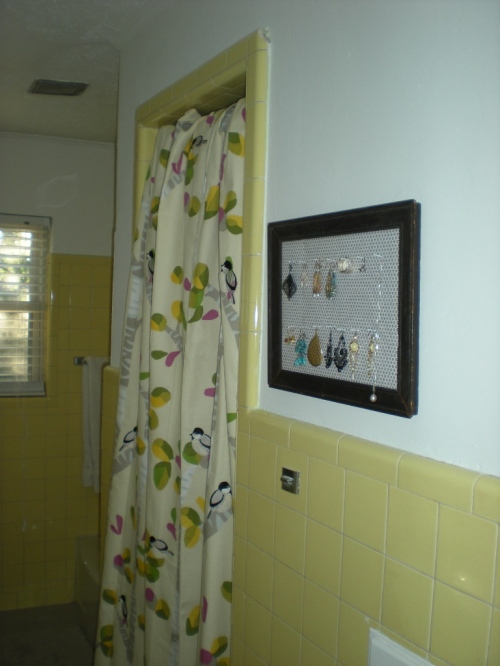 Also, that is the window curtain that I am planning to make into a shower curtain.  Right now I just have it draped over the shower curtain rod, but I’m hoping to get that up sometime soon.   I really like the little chickadees that are stitched on. 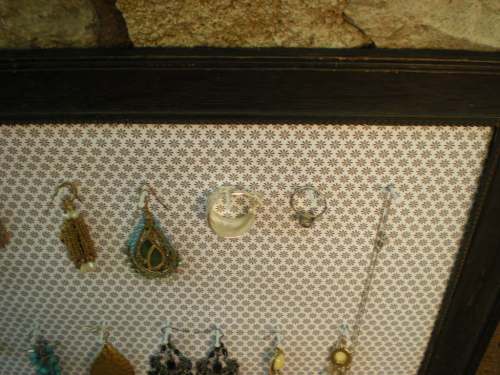 I was trying to get a photo of the nail holders, but I guess I was in a rush because these didn’t turn out all that great.  Well, you get the idea.  :)

Now I have an easy and convenient spot to store my jewelry, and it looks nice too!